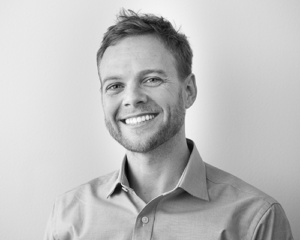 Matthew Toland is an urban and community planner specializing in qualitative and quantitative research on political institutions, community development, and housing programs in the United States and Latin America.

He has carried out ethnographic field research on the impact of projects underwritten by multilateral development organizations in slums of Buenos Aires, contributed to a regional framework plan for growth for the metropolitan region of Rosario, Argentina, and worked as a researcher and consultant for the Argentine think tank, CIPPEC, as well as for the National Scientific and Technical Research Council of Argentina.

Mr. Toland has published his award-winning research in both English and Spanish in journals and blogs and has presented his research findings at Yale University and Columbia University. At Cloudburst, he supports the operations and management of projects on housing and community development.

Mr. Toland studied urban and regional planning at the University of Buenos Aires after earning his bachelor’s degree in political science from Yale University.

In His Own Words

“Participation in community development comes down to power in the decision-making process. In our push to create scalable policies and programs, it is essential that we bring all those into the policy and planning process who stand to be impacted by the solutions we propose. This begins with empathy, human-to-human contact, and dialogue. ”